So I won’t get any Dakar this year — but a number of places have pointed out that the theme music used in the rally is available on the iTunes Store. I guess that’s something. 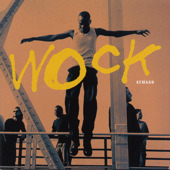 The music is by a Senegalese band called Wock and the song featured in Dakar promos and coverage is Sama Amie [affiliate link]. It’s really beautiful music and I’m glad I’ve found it.

Unfortunately, Wock appears to be on the BMG France label. BMG is one of those record labels trying to convince everyone that Apple’s actually the enemy and that the record label would have been happy to let you have reasonably-priced music downloads long ago if Apple hadn’t stood in the way.

This is the same Sony BMG that attempted to secretly install rootkits on customers’ PCs so they could restrict them from ripping CDs to digital format, but they’d prefer you forgot about that. So as far as I can tell, there’s no DRM-free version of Wock’s music available for purchase; BMG has declined to offer DRM-free downloads in the iTunes Store.

I bought the album anyway despite the DRM. It’s great music that evokes images of past Dakars while I wait for 2009.

This entry was posted in Movies & TV. Bookmark the permalink.